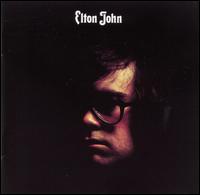 The material is mostly very strong. One thing you cannot criticize Elton John for, to my mind, is his strong sense of melody. Also, the more I pay attention to Taupin’s lyrics, the more I think he’s pretty good. I’m never going to come around to him as a great lyricist – he is way too direct for me – but he’s definitely well above average.

Listening to this album got me to read about their process and I was kind of shocked and amazed to learn that, for most of their career, Taupin had never joined John in the studio and that Taupin just sent John the lyrics and John set them. It’s fascinating that so many iconic songs were written this way. Kind of blows my mind.

And there are a few iconic songs here, notably “Your Song” and “Border Song”. Funnily enough, one of them is a bonus track that wasn’t included on the original because it was a B-side but was later covered by a Canadian band and so I know it well – I had no idea John and Taupin wrote “Bad Side of the Moon”.

The arrangements are pretty stripped down compared to some later albums. They’re still sometimes a little too ornate, but there’s less of the immense bands that would characterize later releases.

That’s not entirely true – one look at the credits and there are plenty of people involved. I should say that many of the songs sound leaner than his later songs. I’m saying it’s well produced.

Some of the gritty sound comes from John and his backing vocalists. And this brings me to my biggest problem: John doesn’t always sound like Elton John on this album. In fact, on a good third of the tracks (maybe more) he sounds like his imitating another, more famous singer – Mick Jagger. “No Shoe Strings on Louise” sounds like the biggest Rolling Stones rip off I’ve ever heard because John is doing his Mick Jagger impersonation. If he sang like himself, I might not have noticed.

And that’s what I can’t get over: when Elton John sounds like himself I mostly like it. When he sounds like someone else (usually a Mick Jagger imitator), I don’t enjoy myself.